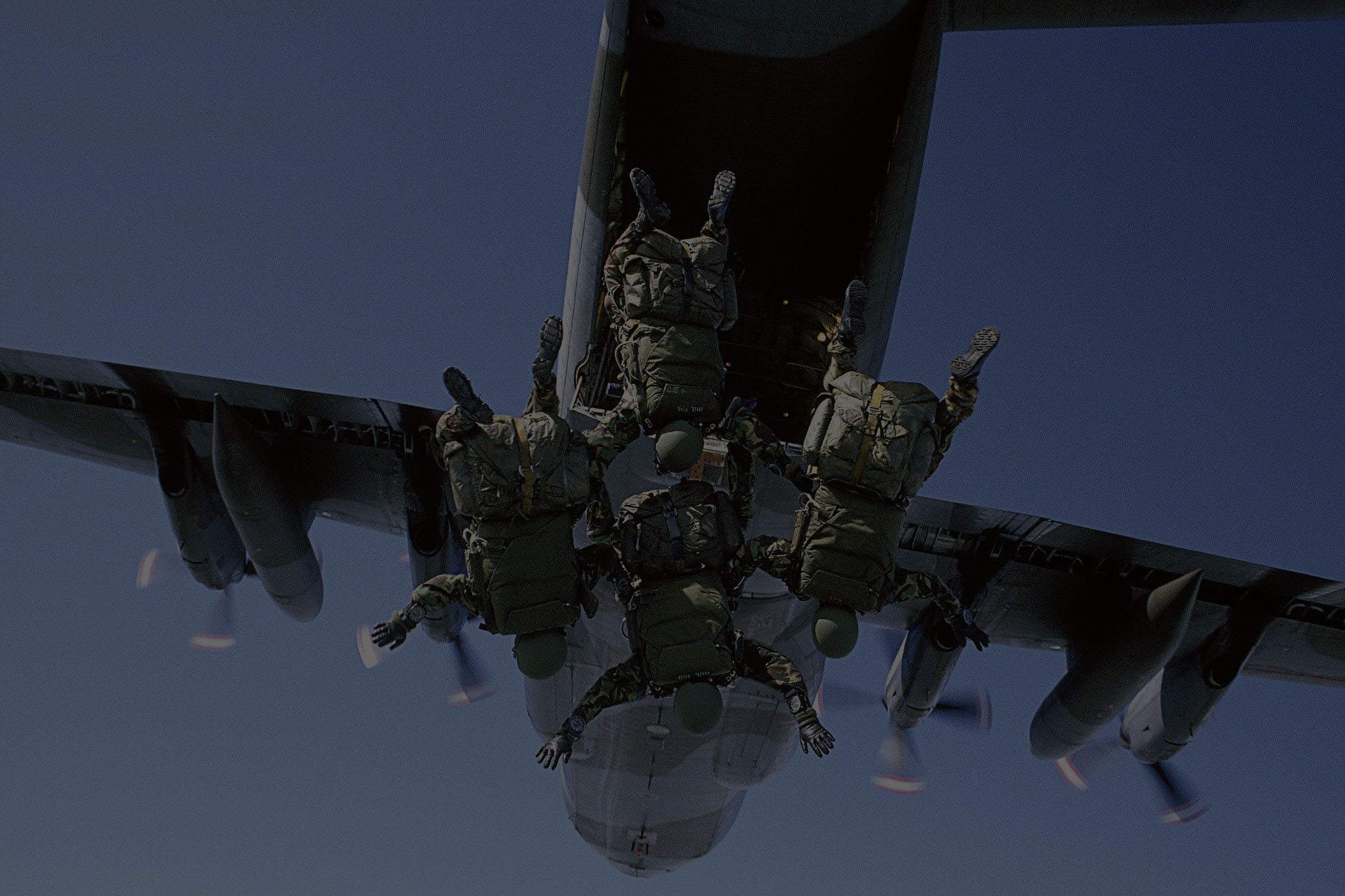 © Steve Heaney MC -
Site made by No Bull Agency

Steve Heaney joined the British Army in 1986 aged just 16. In 1987 he was posted to 3rd Battalion The Parachute Regiment. During his time in 3 PARA he saw active service in Northern Ireland being awarded a GOCs commendation, for working as part of a specialised joint military and police search team, tasked with locating hidden terrorist weapons and explosives. In January 1990 he undertook selection for ‘X Platoon’ more formally known as the Pathfinders, an elite, covert reconnaissance unit that until 1999 officially did not exist nor was it formally recognised by the MOD. Aged only twenty he became the youngest soldier ever to pass the rigorous selection process, which mirrors that undertaken by SAS volunteers, it also involves completing Resistance to Interrogation training.

Steve Heaney MC was regarded as one of the most accomplished parachutists in the military, working as a trials parachutist he helped to advance most of the techniques that are employed by Special Forces today, such as High Altitude Low Opening (HALO), High Altitude High Opening (HAHO) and the space age High Altitude Parachutist Life Support System (HAPLSS), an insertion method designed to allow Special Forces operators to jump from altitudes well above 30000 feet. Steve was also responsible for the initial trials and development of the Military Tandem Master system and became one of a very select few to qualify in this technique.

Steve saw active service in Kosovo in 1999 and was the commander of the British battle group’s most demanding patrol during the initial liberation of the country. Spearheading NATO’s forces, his patrol was the first team to cross the border from Macedonia into Kosovo tasked with locating and reporting on Russian and Serbian troop movements. His patrol was operating beyond the reach and support of the remainder of the battle groups assets.

In 2000 Steve was the Pathfinder Platoon Sergeant as 26 men of X Platoon, were deployed to Sierra Leone as part of a task force responsible for the evacuation of entitled personnel from that country, in the face of certain massacre at the hands of the Revolutionary United Front (RUF), a murderous rebel organisation famed for their brutality and signature atrocity of amputating the limbs of men, women and children. During this deployment the Pathfinders were tasked to stop the RUF advance towards the country’s airport and then to its capital Freetown. X Platoon positioned in the village of Lungi Lol were deliberately exposed by their commanders with the aim of enticing the RUF, believed to number 2000 fighters to attack their position, the aim being to inflict such a blow that they would think twice about continuing their assault on to the capital. Originally planned to last just 48 hours the mission mutated into a 16 day siege, the Pathfinders who were surrounded worked with the local villagers to construct some hasty defences, consisting of battle trenches and rows of sharpened bamboo stakes to create a ‘pungi field’.

In the early hours of 17 May 2000 the village was attacked by a significant rebel force, the Pathfinders engaged the rebels during a vicious close quarter battle; the first jungle fighting the British Army had conducted for over 40 years. With no reinforcements available to support them, the Pathfinders were forced to fight on alone. Steve Heaney was awarded the Military Cross (MC) for his leadership and actions in taking control of the battle, becoming the first non commissioned officer in the unit’s illustrious history to receive this decoration.

The heroic actions of X Platoon at Lungi Lol stopped the RUF advance in its tracks, saved the villagers and helped to restore peace to Sierra Leone.

Steve took the decision to leave the Pathfinders in 2001 and having trained as a Close Protection Officer he went to work for an extremely high profile UHNW businessman in London. Steve’s role was to provide security and executive protection to the principal and his immediate family whilst in the UK and holidaying abroad.

In 2002, Steve Heaney MC became a senior military advisor to the government one of the UKs major allies in the Middle East; his role was to provide strategic advice on a range of national internal security and defence matters, a position he held for over thirteen years. Steve was also responsible for mentoring members of the ruling Royal Family prior to their attendance at overseas military academies such as Sandhurst in the UK and West Point in the US.

Steve now works with high performance sports and corporate organisations, focusing on leadership and elite team development. Working within education, Steve inspires young students to set themselves high goals and aspirations, to follow their dreams, remain positive in the face of adversity and that through hard work and determination, anything is possible.

As an established inspirational and keynote speaker Steve delivers corporate speeches applying his military values to the business environment, his speeches are full of inspirational tales of hardship, dedication, overcoming adversity, risk and high adventure as well as invaluable business lessons.

Steve Heaney MC has written about the operation in Sierra Leone in his Sunday Times bestselling book Operation Mayhem, his second book titled X Platoon, also a best seller which describes his early life, entry into the Parachute Regiment and then selection and service with the British Army’s elite Pathfinders was published in 2015.